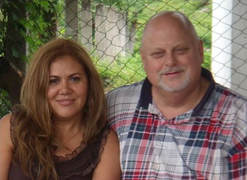 Jon & Nolin Nelms
Rev. Jon Nelms - Founder, Chairman
​Jon was born November 18, 1955, the third son to Mack and Nan Nelms, both of whom were first generation Christians. Though both desired to serve as missionaries, neither felt called to do so. Nan was a school teacher and spent the summers of Jon’s youth teaching in “Back Yard Bible Clubs”. Mack was an employee of Southern Bell and served as a Deacon and Trustee in every church that he was a member and as a layman, helped to start three churches. Finally at the age of seventy he was ordained as a Baptist pastor and passed a year later. Jon was heavily influenced by both his parents who always opened their home to missionaries who were passing through and entertained the family with their stories and experiences.
Jon felt a call to missions at the age of eleven and won his first souls to Christ at the age of twelve and also began preaching at that time. At the age of fifteen he began working in the bus ministry and street preaching. At the age of seventeen he enrolled in Bible College and graduated four years later, the youngest in his class. Immediately upon graduation he left for White Plains, NY with a small group of friends to start the Westchester County Baptist Church. Two years later he moved to Pomona, California where he had met and married his wife, Juanita Fisher, and became an Assistant Pastor at the Central Baptist Church. There, for two years he worked with the youth, was bus director, organized the church’s camp ministry and street preaching ministry. During that time his son Daniel was born.
Jon’s street preaching resulted in the birth of a “park church” of more than 1000 in weekly attendance that merged with Calvary Baptist Church in Boyle Heights. Jon then moved to Georgia for a short time seeking God’s will and serving as an interim pastor at Hines Baptist Church in Midville, GA. The church grew from a handful to nearly one hundred in a few months. Jon declined a permanent position in order to return to California, believing that God would provide a position for him there. After a number of months he was invited to pastor the Temple City Southern Baptist Church. The name was soon changed to the Believers Baptist Church. It is here that God confirmed his call to missions and used this ministry to break and mold him for that call. It was also there that his daughter Sara was born.
The church sent Jon on several mission trips to Asia in late 1986 where the call was reconfirmed. On the last day of 1986 Jon resigned the church and four months later, after they had called a new pastor, he moved to Georgia after having legally incorporated the Final Frontiers Foundation. At that time the ministry was supporting preachers in Thailand only. Since then the foundation has sponsored more than 1,400 preachers in seventy-four nations. These men collectively have sponsored more than 31,000 churches, averaging a new church being started every 5-6 hours.
In 2006 Juanita passed on to Heaven after twenty-eight years of marriage, leaving her imprint on Jon, their children and the ministry. A month later Sara was married to Michael Horne, a British ministry employee and they have a daughter Jennifer. A few months later Daniel was married to Nolvia Aguirre from Honduras and they have two daughters, Valentina and Elizabeth. In May, 2008 Jon was married to Nolin Vargas, a Honduran ministry employee who now travels with him worldwide and is a great asset to his ministry and life.
Note: Jon is available for speaking engagements throughout the country. 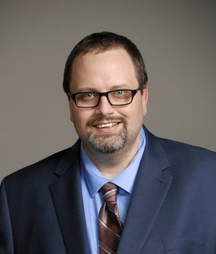 ​ Rev. Daniel Nelms - President
Daniel was born in August 1979 Daniel is the son of Jonathan and Juanita Nelms.
Although Daniel started as a volunteer 1986 when he was a child in he went on staff at Final Frontiers in 1998 as webmaster of FinalFrontiers.org
Over the years he has started several companies but went full time with the foundation in 2006 and we was ordained in to the Gospel ministry in April 2011.
In March 2007 he married his wife, Nolvia in Honduras. They have two daughters, Valentina and Elizabeth.
His current position is President of the Foundation. 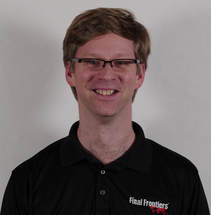 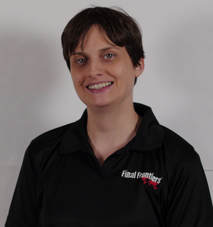 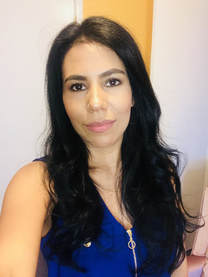 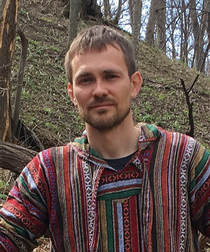 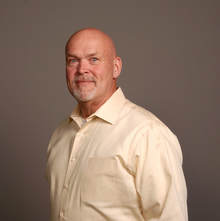 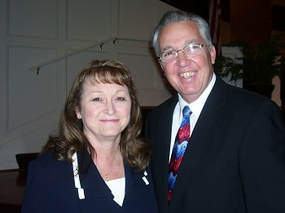 Rev. Steve Ware, Pastor Tabernacle Baptist Church in Orlando, FL  - Board Member
Born April 5, 1953 in Greenville, South Carolina to Arthur and Lillian Ware, Dr. Ware graduated from Parker High School in 1971. He married his high school sweetheart, Brenda Kay Keller on May 23, 1972. The Lord has blessed them with four children and five grandchildren.
Called into the Lord’s service shortly after he accepted Christ as his personal Savior in 1973, he began attending Tabernacle Baptist Bible College in Greenville, South Carolina. In 1981, his older brother, Dr. Bob Ware, called him to come to Orlando, Florida to work with the Tabernacle “Super Seniors”. He received a Bachelor of Science Degree in Bible in 1984, and a Doctor of Divinity in 1989 from Heritage College.
In service for the Lord at Tabernacle Baptist Church for the past twenty-seven years, Dr. Steve Ware has served as Tabernacle’s senior adult director, superintendent of buildings and grounds, professor and Executive Vice-President of Heritage College, teacher for Heritage Preparatory School, and has worked closely with Mrs. Rebecca Ritchie in the administration of the ministry finances.
In February of 1998, the church unanimously voted him as pastor of the ministry. Under Dr. Ware’s leadership, the church has gone forward with the philosophy it was founded with in 1966. 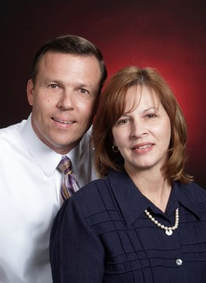 Anthony Lamb
Rev. Anthony Lamb, Pastor Freedom Baptist Church in San Antonio, TX - Board Member
Pastor Anthony Lamb was born and raised at the foot of the Blue Ridge Mountains, in the small country town of Stanardsville, Virginia. Upon graduating from high school, he immediately entered the United States Army.
Shortly after joining the Army, at Fort Knox Kentucky, he surrendered his life to Christ. One year later, while serving as a paratrooper in the 82nd Airborne Division, he joined the Berean Baptist Church of Fayetteville, North Carolina. While there, he met and married Carolyn Ridgedell and also felt his call into the ministry. Upon finishing his military service, Pastor Lamb earned a Bachelor of Science in Pastoral Theology and a Masters in Educational Administration.
In February 1992, Pastor and Mrs. Lamb founded the East Coast Baptist Church of Virginia Beach, Virginia. Three years later, in October 1995, they founded the Freedom Baptist Church of San Antonio where he presently pastors. Pastor and Mrs. Lamb were married February 15, 1986 and have eight children. 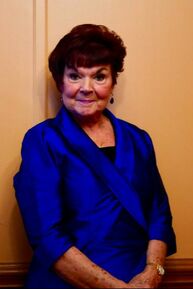 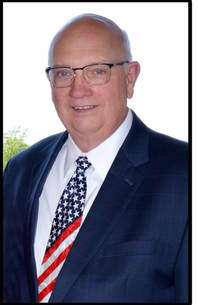 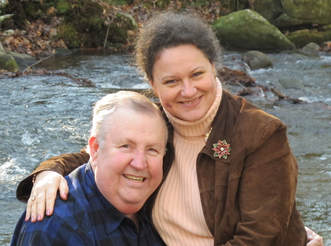 Dennis & Kayta Ellis
Dennis Ellis - Representative, Missionary
In 1992 Dennis moved to Russia where he lived for 16 years during the Russian Great Awaking.  He had served as Senior Pastor in several states and many staff positions including Bus Evangelism Director under Dr. Adrian Rogers.  In Russia he met and married Katya, in 1998.  Dennis pastored a Russian church and helped plant 8 Russian churches and saw over 50,000 people pray to receive Christ.  They have served in some capacity in 27 countries together.  In 2,000, him and Katya begin working with Final Frontiers Foundation in Eastern Europe.  When they moved to the states they met with Jon and all agreed that they would work full time representing FFF.  Since that meeting they have helped raise support for over 300 pastors and children.  He has preached for over 57 years and served as a Faith Missionary for over 27 years.   Dennis says that he has worked in many great ministries, but is excited more in what him and his wife are doing now. 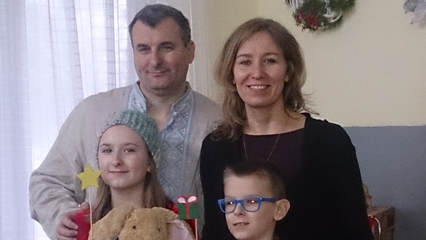 Lori & Oleg Enskaya
Lori & Oleg Enskaya - Missionaries, TAL Ukraine
Oleg was born in the Soviet Union and grew up in an atheist home.  He was saved at the age of 26 after hearing a short, Gospel message.  His life dramatically changed and he felt God's calling on his life to full time ministry.  After being discipled and baptized, Oleg began seminary at Odessa Theological Seminary.  It was in Odessa that he met his wife, Lori.  Lori had been saved as a child and grew up in a Christian home in the United States.  The Lord called her to international missions at an early age and directed her to the former Soviet Union.  After their marriage and Oleg's completion of seminary, they started work on Holy Trinity Baptist Church in Oleg's home town, Mukachevo in Western Ukraine.  They now have 2 children, Abigail and Simon.   The Lord used their connection with Final Frontiers to open a Touch a Life feeding center that now has over 80 children in attendance.  Through the collective efforts of American and Ukrainian Christians, much is being done to further the Gospel in Western Ukraine! 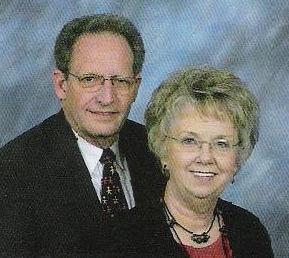 ​Larry and Charlotte Franklin
Larry Franklin - Evangelist, Creator of the Clean Heart Tract
Larry was saved in 1960. Began teaching children in 1968 and began full time in church ministry in 1970. Served in 3 churches in next 22 years before becoming missionaries in 1990. We conducted children's meetings, teacher training seminars and assisted missionaries with needed goods. We wrote the Clean Heart for You tract in 1988. Since then over 1,200,000 have been printed in six languages. We have traveled to 40 countries and most of the US in the last 28 years. God has definitely been good to us in allowing us to serve him for most of our adult lives. Praise God! He is good all the time! 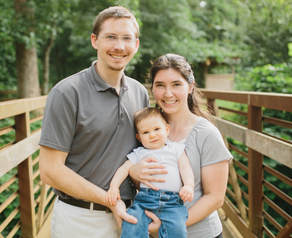 David & Amanda Dzimianski
David Dzimianski - Representative, Missionary
David, Amanda, and Christopher Dzimianski
I was saved and baptized at 7 years old after I understood the Gospel and trusted in Jesus Christ. My teen years were up and down spiritually, but the Lord won when I was 19, and I surrendered to let Him use me however He would see fit. After completing a technical degree in Computer Programming, the Lord led me to pursue Bible education at Baptist College of Ministry. There I was first truly introduced to pioneer missions and church planting. I had the opportunity to spend about 6 months in Cameroon, Africa, helping and learning from a national church planter in remote regions. I joined Final Frontiers in 2017 to help further the vision of finishing the task. In addition to this work, I am a bi-vocational church planter.